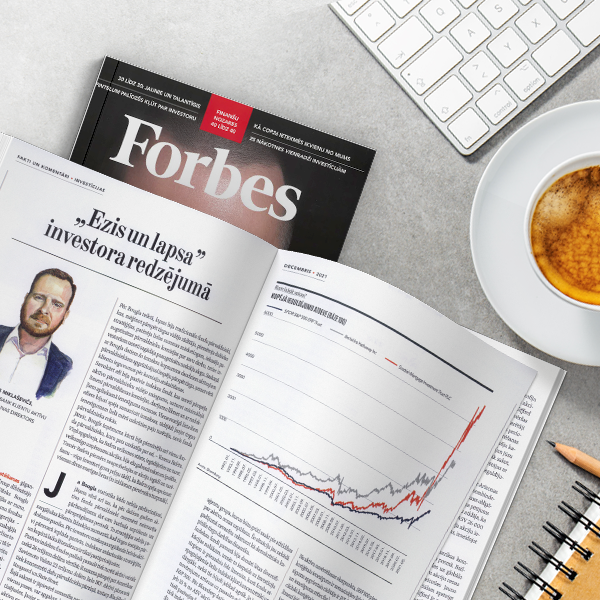 In 1999 Jack Bogle, founder and chairman of the passive investing powerhouse the Vanguard Group gave a speech where he divided mutual funds into one of two categories: foxes or hedgehogs.

If this analogy sounds vaguely familiar, it is because Isaiah Berlin popularized it in his 1953 essay “The Hedgehog and the Fox – An Essay on Tolstoy’s View of History”, which is considered to be the 26th best non-fiction book of all time by the Uk’s The Guardian newspaper.

Both Bogle and Berlin took 7th century BC poet Archilochus’s fragment ‘the fox knows many things, but the hedgehog knows one big thing’ and applied it to the purpose of explaining a core philosophical divide in their own particular realm of expertise.

According to Bogle, ‘foxes’ were traditional mutual fund managers who try to outperform markets by engaging in various strategies, but charge high management fees, incur high trading costs, spend large sums on marketing and trigger excess taxable events. According to Bogle’s data the sum of these costs make it exceedingly difficult for many of these ‘active’ managers to beat the market net of fees.

Hedgehogs, on the other hand were passive index funds that beat the average active manager by keeping management fees, transaction fees and taxable gains at a minimum. For these hedgehogs, the ‘one big thing’ was keeping costs as low as possible, allowing a larger component of market return to accrue to fund holders rather than managers.

Bogle did however make concessions to one fund manager that he also considered to be a hedgehog – Warren Buffett. He claimed that Buffett’s success in buying and holding successful companies was a quintessential hedgehog trait. That might be, but there is more to Buffett that buying and holding companies. His investors have prospered due to Buffett combining at least two big things and we will get back to them later.
If Bogle’s clear eyed statistics were not convincing enough, many active managers failed to weather the challenge of the excess and bust of the dot com boom just a few years later. Their active strategies failed to safeguard client wealth as markets sold off. When investor sentiment recovered, more and more assets began to flow into passive, index mirroring strategies, and this trend has continued to gain strength to this day.

Currently, on global basis, there is over $26 trillion in assets invested in passive index funds – more than the GDP of the United States which is currently $23 trillion. The majority of these assets are concentrated in hands of a few managers such as BlackRock, Vanguard and State Street.

This has given rise to significant paradox that demands examination.

On one hand, it can be reasoned that passive investing has democratized investing by allowing smaller investors to invest in a diversified basket of stocks for a fraction of what it used to cost.

On the other hand, massive amounts of money being automatically channeled into a basket of stocks determined by a small group of otherwise unaccountable agents, and propelling their prices higher is pretty much the furthest thing from “democracy” in the context of capital markets that you could possibly imagine.

Index funds were supposed to provide cheap diversification, but their influence on the investing landscape has grown so much that the major indices that they mirror are more concentrated and expensive than ever before. This is especially true of the world’s most important index: the S&P 500. According to Bloomberg, $6.2 trillion or 15% of the value of the US stock market is invested in passive funds, and the majority of these assets are indexed to the S&P 500. 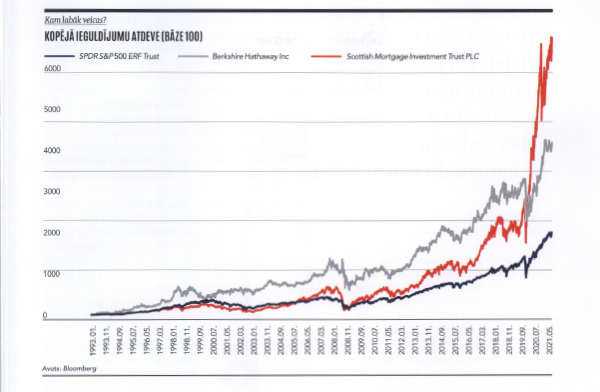 In August, Crescat Capital LLC presented some staggering statistics about how the current S&P500 index compares to past concentrations and valuations. According to their data, the top five companies in the S&P 500 index had a combined enterprise value of 37% of US GDP. This is 54% higher than the previous record spike in 2000 during the dot com boom when the combined enterprise value of the top 5 companies was worth 24% of the US economy.

Historically there have always been individual stocks that are expensively valued based on high potential and their ability to grow at an impressive rate. However, it its troublesome when high valuations are applied to the whole market, because this speaks to something else entirely (such as artificially low rates), and in the past, future market returns have not been kind when indices traded at these valuations.
Now let’s return to Buffett.

In a study that analyzed Buffett’s historical investment returns titled “Buffett’s Alpha” first published in May 2012, Andrea Frazzini, David Kabiller, and Lasse Heje Pedersen estimated that “Buffett’s returns appear to be neither luck nor magic, but, rather, reward for the use of leverage combined with a focus on cheap, safe, quality stocks.”

Buffett’s magic was finding, buying, and holding excellent American companies in an era of unprecedented globalization and having a levered structure that never forced him to sell during market corrections. Simple right? Surely many managers bought similar stocks, and many hedge funds (no relation to ‘hedgehogs’ although many successful ones do depend on one overriding strategy) used leverage, but no one used the combination so brilliantly and on such scale. What a clever hedgehog! You could almost say he was clever as a… fox.

And that’s just it – the history of ideas, innovation and commerce has seen some of its greatest advancement spring from the combination of at least two powerful forces or concepts, not just one idea – however great it might be.

Yet even Buffett failed to catch the next “big thing”: the ascent of technology stocks.

On manager that did understand the wealth creation potential of technology stocks was Baillie Gifford - an investment management firm that has been around even longer than Buffett.

Founded in 1908, their flagship fund is the Scottish Mortgage Investment Trust PLC, which as they themselves profess is “Global rather than Scottish and has nothing whatsoever to do with mortgages”. Its active share – the degree to which it differs from its reference index the FTSE All-World Index – is 93%. This implies that only 7% of The Scottish Mortgage Trust overlaps with its benchmark. This is full-on active management.

So how has this active manager faired?

Several years ago, they adapted their investment strategy and they have left Buffett and passive S&P 500 index funds in the dust.
By simple definition Baillie Gifford would be considered to be active investors, but they have their own interpretation of what they do. They call it “actual investing”.

The theory underlying passive index funds is that individual stock price movements are random and thus the average investor cannot hope to beat the market. Baillie Gifford believes this to be absolutely incorrect and have built their investment philosophy on a completely different interpretation of stock price movements.

According to Baillie Gifford, stock price movements are not random and do not revert to the mean. Instead, winners keep winning despite periods of volatility, and the ultimate strategy to generate returns in the market is to identify game changing stocks and stick with them as they compound your wealth over time. Put simply, investors should be putting all of their efforts into trying to find the big market winners rather than diversifying for diversification’s sake.

At the core of their philosophy is insight gleaned from a paper written by Hendrick Bessembinder of Arizona State University titled “Do Stocks Outperform Treasury Bills?” published in May of 2018. Bessembinder’s research on share price returns resulted in finding that from 1926 to 2016 only 4% of the 26,000 publically listed companies in the US during that time generated the relative outperformance of stocks over treasury bills, a wealth creation of almost $35 trillion.

Buffett bought American companies in an era of globalization. Baillie Gifford has focused on finding global disruptors whose share prices have soared from the growth possibilities inherent in new technologies and network effects.

Baillie Gifford’s ‘fox’ credentials are second to none as they are constantly seeking to identify what could turn out to be the next superstar company. What’s more, they believe that their best ideas come from forming investment teams with experts from many different disciplines, which increases their chances of identifying companies that are able to combine at least two powerful concepts that differentiate them from their competition and drive their success. You might not agree with all of their holdings, but their record of investment returns is irrefutable.

Jack Bogle believed that passive investing was the ultimate solution for investors. The one great thing. Isaiah Berlin’s towering intellect was suspicious of such notions. He was an adherent of value pluralism – that there are several values which may be equally correct and fundamental, and yet in conflict with each other. That there is never one single overriding truth.

Similarly, Buffett and Baillie Gifford have shown that markets do not have one defining truth, but that combining disparate ideas can create phenomenal, above market returns. I think Isaiah Berlin would have agreed.

The Latvian version of this article originally appeared in the December 2021 issue of Forbes Latvia. 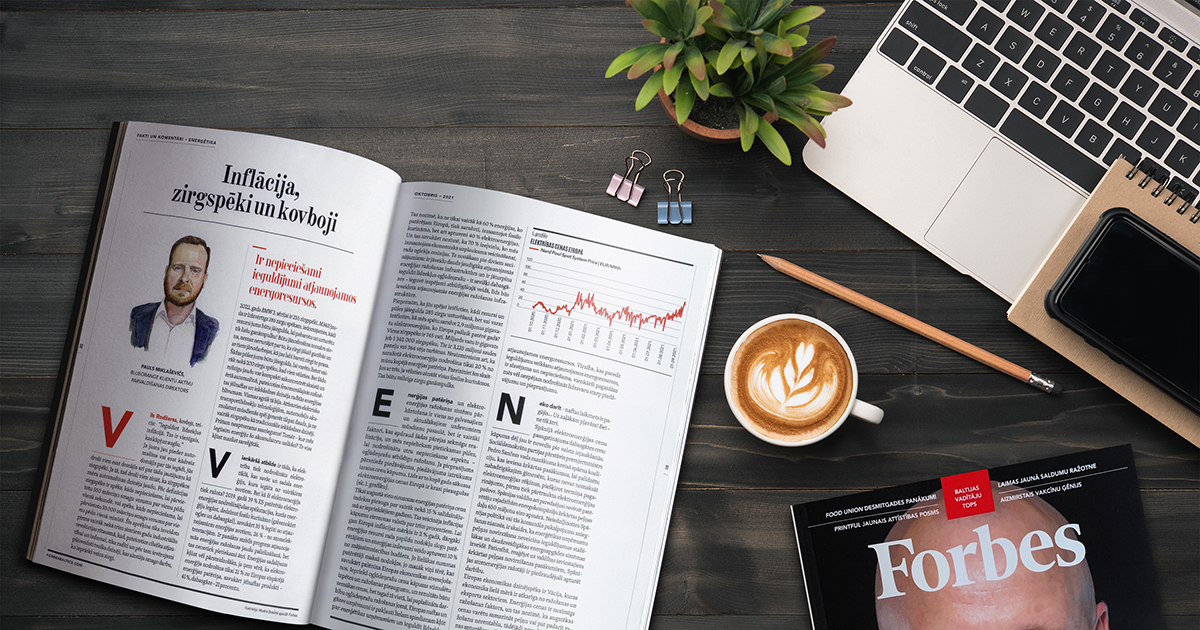 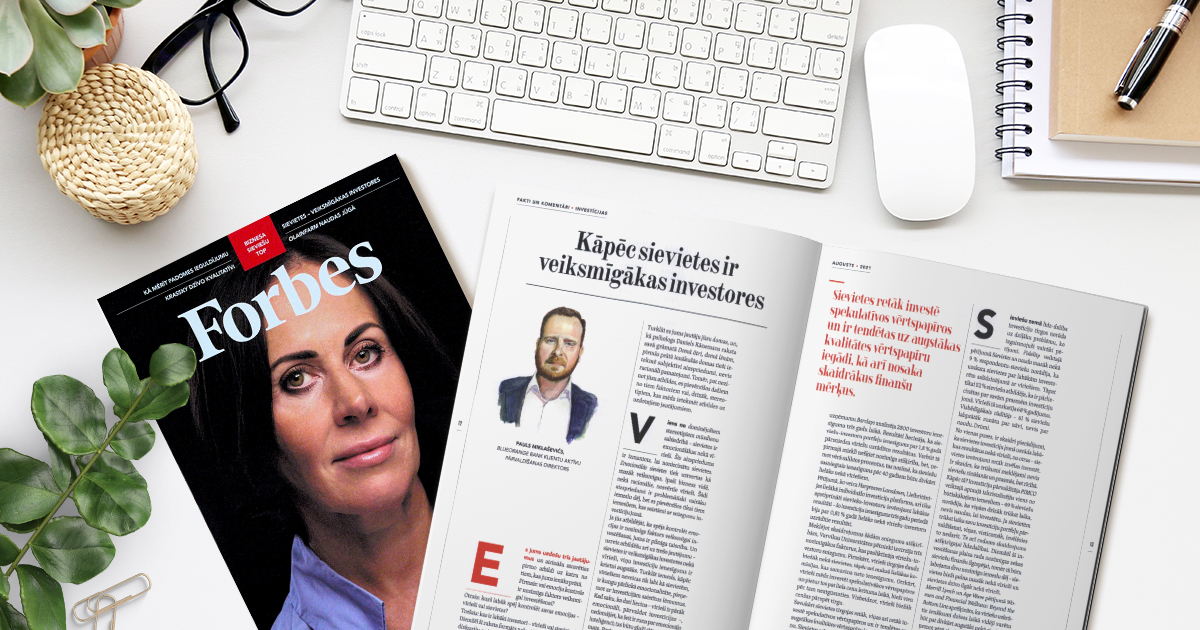 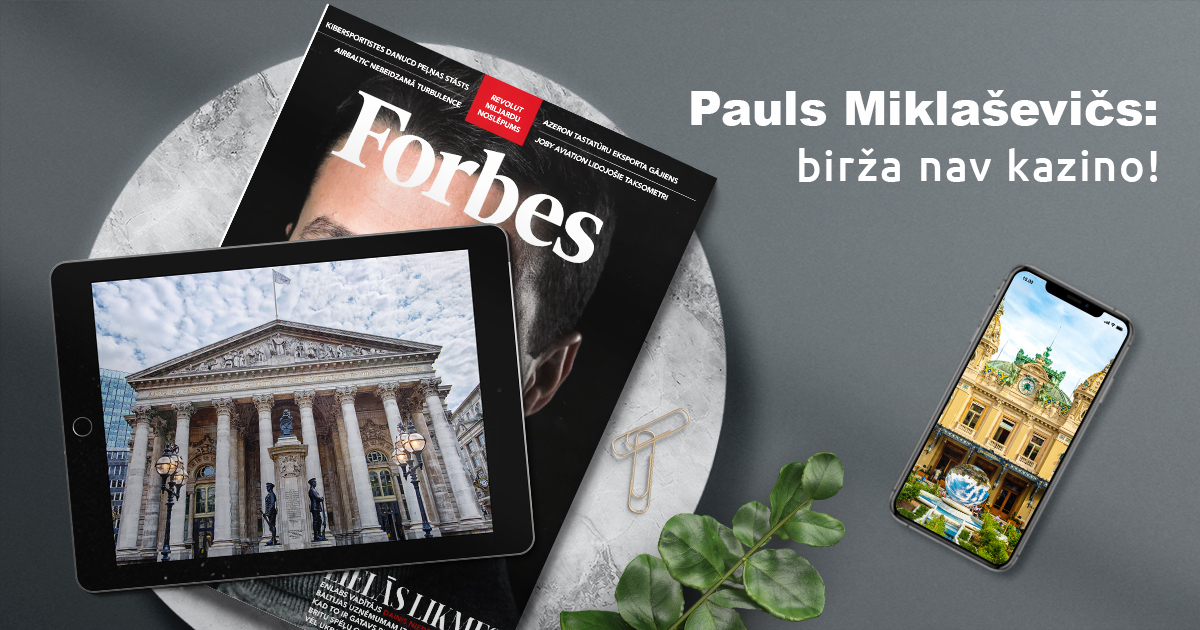